Through history of numerous nations at seaside sailboat cruises were way for meeting other countries, towns and nations, for trade, journey or pleasure. Sailboat is boat which has partly or entirely drive on sails. In regard to powerboat, sailboat has masts with sails and equipment – sails and ropes which make sails sturdy and safe – rigging. If crew is trained, sailboat cruises, sailing ship cruises and mega sailing ships cruises can be pleasant, because feeling of wind which is blowing into sails and very sailing on sea is pleasure for everyone.
There are numerous sailboats depending on:


Sailboats and smaller sailing ships are building in plants far of larger rivers, lakes and sea, because they can be transported by trailer or special vehicle to dealers and customs. Through history of trade and maritime, there were a lot of sailing ships: Bracera, Brik, Bark, Caraka, Dzunka, Falkusa, Fluta, Galion, Caravela, Loger, Pelig, Tartana, Vasa, Scuna, Trabakul, Jol, Ket, Kuter, Leut, Skip and other. Today, only in Indian ocean, sailing ships are using for transport of passengers and goods. In other part of world, sailing ships are using as training ships, for sport, leisure and tourism. For its beauty sailing ship was named as queen of seas, so many tourists are applying to meet Croatia Adriatic sea just through sailboat cruises in Croatia.
For increasing interest of tourists for cruise and vacation on sea, mega sailing ships are building more and more in shipyards near larger rivers, lakes and sea. After building they are setting down into sea over slipway and professional crew transport this large ship to wanted destination. Today in Mediterranean there are over 1.500 mega sailing ships in charter through marinas. Name of yacht has appeared at beginning of 20 th century, when rich individuals have ordered building of large luxury sailing and motor ships for private purposes, pleasure and vacation during their cruise on seas.
Till year 1950. sailboat, sailing ships and motor yachts have been building by wood and steel. After that, ships have started to be built by fiberglass, carbon, aluminium, steel and wood, so they could have strength, less weight and faster navigation. When such beautiful modern and fast ship is built, sailboat cruises in Croatia on Adriatic sea will be pleasure for every sailor and tourist for clear sea and untouched nature.

Recommended types of sailboats in Croatia

Well-known types of sailboats in Croatia 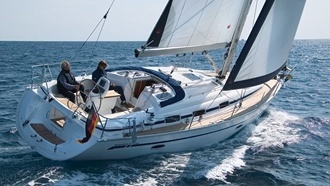 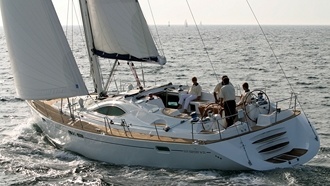 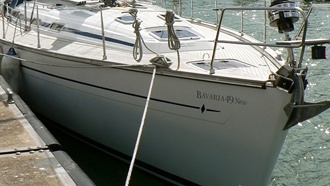